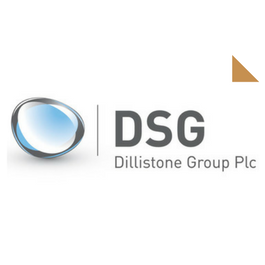 Highlights for the year:

Commenting on the results and prospects, Mike Love, Non-Executive Chairman, said:
“The Group has seen record levels of revenue and recurring revenue in 2015. It has continued to invest strongly in its businesses to ensure its clients remain at the forefront of technology, paving the way for continued success in future years.

“This represents our fourth successive year on year increase in the dividend, in line with our progressive dividend policy, illustrating the Board’s confidence in the future prospects of the Group, which has been reinforced by an excellent order book in the first quarter.”

Adjusted EBITDA is adjusted operating profit with depreciation and amortisation added back.

Dillistone has made three acquisitions: Voyager Software in September 2011, FCP Internet in July 2013 and ISV Software in October 2014 and these business make up the Voyager Software division. The Group operates under the FileFinder, Voyager, Evolve and ISV brands.

Dillistone was admitted to AIM, a market operated by the London Stock Exchange plc, in June 2006. The Group employs over 100 people globally with offices in London (head office), Basingstoke, Southampton, Frankfurt, New Jersey and Sydney.