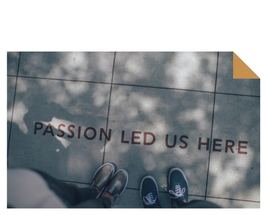 A record number of UK recruitment businesses entered the market in 2016, according to data from Clearly PR & Marketing Communications

Since 2012, a total of 17,271 new agencies have registered with the total number of recruitment businesses registered currently trading in the UK now standing at 26,901 – an increase of 56% over the last five years.

“To say that the recruitment industry is performing well, is a gross understatement,” Paul MacKenzie-Cummins, Managing Director of Clearly PR & Marketing Communications, said. “Employer hiring and the UK economy both remain strong and this is reflected in the number of recruitment entrepreneurs wanting to capitalise on positive trading conditions and go it alone. This is clearly having an impact on the sector itself too.”

During the first half of the year, the number of newly registered recruitment businesses was low, perhaps in anticipation of the Brexit vote. But within the two months immediately after the UK voted to leave the EU in June, 1,051 new recruitment agencies were registered – representing almost 1 in 4 (23%) of all new agencies registered throughout the whole of 2016. That momentum gathered pace toward the end of the year, when 1,315 (29%) new agencies were registered in November and December alone.

“Confidence is high in the sector right now and we expect it to remain so as we move further into 2017,” MacKenzie-Cummins, said. “But to stay ahead in the ever-increasingly competitive recruitment landscape, recruitment business owners need to consider how they are perceived and positioned in their market.”