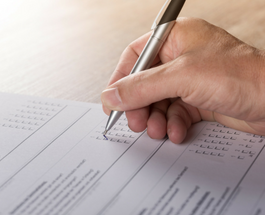 Eight in ten employers (79 per cent) believe that economic conditions are improving, according to the latest JobsOutlook survey by the Recruitment and Employment Confederation (REC), something reinforced by Voyager's Paul Thompson as they announce an extremely positive 1st quarter of 2016.

The regular survey of 600 employers also found that:

REC chief executive Kevin Green says: “It’s encouraging to see positive data around business confidence and hiring intentions, but the survey also suggests weakening demand for staff from SMEs – this might be a reaction to the incoming National Living Wage or uncertainty caused by the impending EU referendum.

“Other headwinds such as the apprenticeship levy and a reduction in commodity prices make it more likely that hiring will moderate in the coming months. However, competition for talented candidates remains fierce especially where skills shortages are already entrenched, such as in technology, teaching and nursing.

“Engineering is a particular area of concern – the government announced new major infrastructure projects in last week’s Budget, but there are question marks over how increased demand for skilled workers will be met when supply is already a problem.”