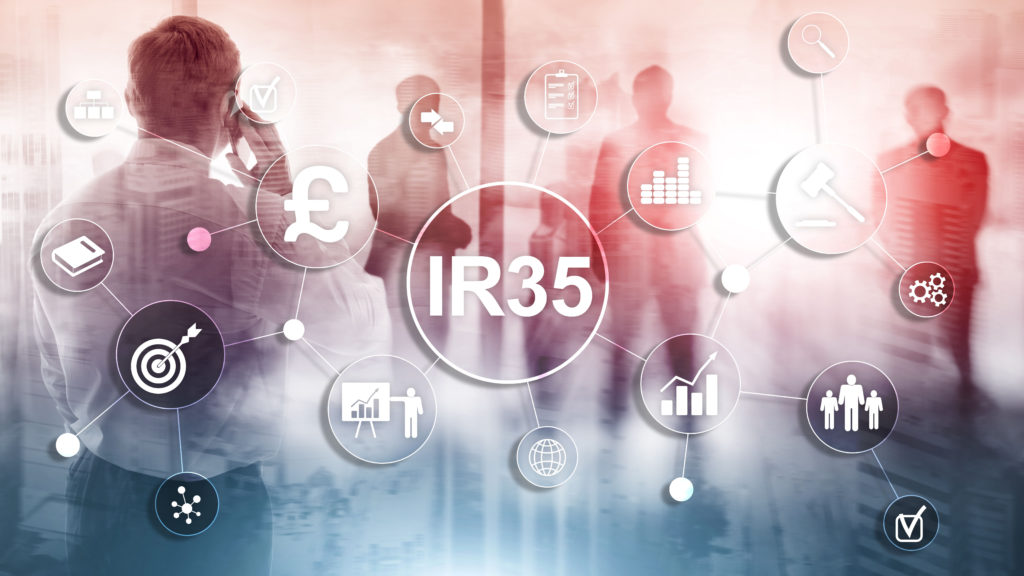 There are now just a few months remaining until the heralded IR35 changes kick in, forcing employers across the UK to take ownership for their contractor teams and ensure no workers are actually ‘disguised employees’ hiding from the tax man.

As the shadow of IR35 looms closer, much debate has taken place around the nature of contract work, trying to understand who is and isn’t affected by the changes around the corner.

In these discussions, the phrases ‘inside’ and ‘outside’ IR35 get thrown around a lot – a potentially confusing way to describe whether the legislation does or does not apply to a particular situation.

So, to save you the headache of working it out, here’s a bit of plain English that helps make sense of the madness.

When people talk about being ‘inside’ or ‘outside’ IR35, they’re making a distinction between those who are considered ‘genuine’ contractors in the eyes of HRMC, and those who are classed as ‘disguised employees’.

If you’re ‘outside’ IR35, it means your work is bona fide contracting and your employer is not at risk of being tapped on the shoulder by the government and asked to pay your missing income tax and NI contributions.

It you’re ‘inside’ IR35, it means your contracting gig is considered to be a job like any other, and shouldn’t be classified as a contract engagement.

If (as many people seem to) you think of IR35 as the bogeyman of contractors, disrupting the community and looking for ways to shake up a perfectly good arrangement, then genuine contractors are ‘outside’ the net which HMRC will cast over those who are masquerading as contractors.

Inside = time to pay those taxes.

How is this even a thing?

Being ‘outside IR35’ means that your employer or end client has determined that the scope of your engagement classifies you as a genuine contract worker in the eyes of HMRC.

In practical terms, this rests on a few key criteria:

These, along with a few other provisions, form the backbone of determining whether a contractor is inside or outside IR35.

If the relationship looks a lot like an employee contract (can’t be substituted for someone else, has no fixed term and specifies a report line), then it’s likely to be deemed ‘inside IR35’ and the employer will have to settle the corresponding tax bill.

Why should a recruiter care?

Recruiters have a duty to understand IR35 for a range of reasons.

Firstly, many clients will expect that their staffing partners will be able to guide and inform them on navigating the changing world of contractor regulation.

While recruiters should naturally be careful not to position themselves as legal experts or provide unqualified advice to clients, there is a natural assumption that recruiters will be clued up on the key aspects of the change and it how it impacts contract workers.

Secondly, recruiters and agencies stand to lose big if they’re not able to keep on top of the repercussions of IR35.

Though it’s unlikely to be the death of contractor recruitment as many had grimly predicted, it will have an impact – contractors and contract employers will need to adjust the way they engage, and recruitment agencies will have a role to play in ensuring that IR35 doesn’t crush the much-needed flexibility and expertise provided by the contractor employment model.

So no need to head off to law school just yet – but recruiters who keep pace with regulations and work through compliant tech platforms will not only protect their businesses but distance themselves from the crowd.

Voyager Infinity and Voyager Mid-Office are software solutions that make Recruiter’s lives easier. Voyager Infinity is a CRM used be thousands of Recruiters globally to source, nurture and maintain the relationships of tomorrow placements, and Mid-Office manages the entire Pay and Bill process.