IR35 For Recruiters – What you need to know! 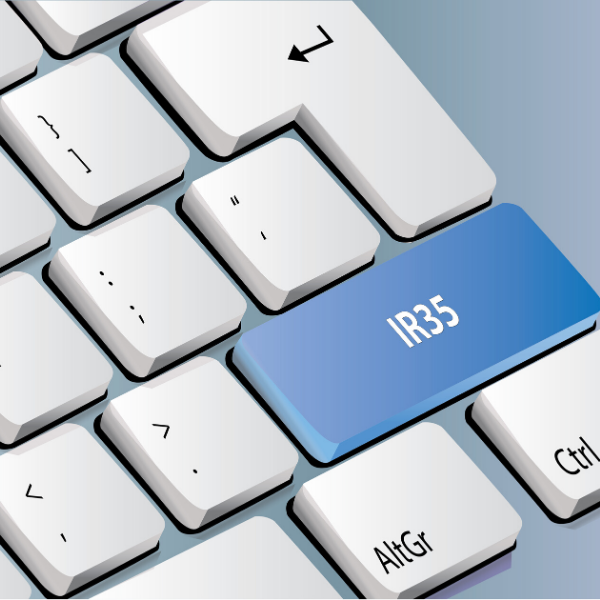 Any recruiter placing contractors will be concerned about the ramifications of IR35 for recruiters. Legal changes due on April 6th 2020 will have a significant impact on how recruitment agencies operate. As a recruitment software supplier, we’ve worked with many of our clients to inform and educate them. How does IR35 affect recruitment agencies? Read on and find out!

Seen by some agencies as a chance to upend the world of recruiting as we know it, others maintain it’s nothing to worry about, and that once all the excitement dies down, business, as usual, will resume.

But for everything that’s been written on the topic, there’s still some uncertainty among a lot of recruiters regarding what IR35 actually is, and how it’s going to impact them and the contractors they place.

How does IR35 affect recruitment agencies?

IR35 is a government initiative which aims to put a stop to ‘disguised employees’ – workers who operate as contractors for tax purposes when they are in reality engaged in the same basic capacity as a salaried employee.

HRMC defines IR35 as applying “if a worker provides their services to a client through an intermediary but would be classed as an employee if they were contracted directly”.

In simple English, the IR35 reforms are an attempt by the taxman to smoke out what are judged to be fraudulent contractors, choosing to work as contractors through personal service companies only because they are able to duck the income tax that comes with working as a directly salaried member of staff.

Why are recruitment agencies focused on IR35 now?

What’s changing, and hence why everyone’s talking about it, is that in April 2020, for medium and large businesses, it will become the responsibility of the employer (‘fee payer’) to decide the IR35 status of the role and hence which rules apply.

This switches the onus to be compliant from the contract worker to whoever is engaging them, thereby changing the state of play a fair bit.

The level of concern in the recruitment industry is clear. A number of recruiters have written to the Government suggesting delay or reform and suggesting that the legislation as it stands is a threat to the UK economy. However, there is no expectation that the rules will change.

The letter has been signed by the chair of the Recruitment and Employment Confederation and 14 bosses from major recruitment organisations including Reed, Adecco, ManpowerGroup and Hays.

Inside or Outside IR35?

Those who are inside are the ones who have the reasons to be worried!

Can IR35 lead to fines for recruiters?

By moving the responsibility for determining the IR35 status of a role to private sector employers, HMRC has also transferred any penalties for getting it wrong.

This means that employers could potentially face bills for unpaid tax and National Insurance contributions in the event that contractors are deemed to be, in effect, ‘disguised employees’ who shouldn’t be contracting at all.

This has sent some early tremors through the contractor community already (notably HSBC culling contractors in anticipation of the big HMRC clamp-down), and recruiters have been frantically discussing how the upcoming change will impact their work and agencies.

As with any shifting of rules, most employers are still trying to figure out how IR35 impacts them – and, as partners in the sourcing and engagement of contract staff – recruitment agencies and their clients are in lively discussions the country over working out who owns which responsibility for ensuring compliance and avoiding potential fines and disturbances for breaching payroll rules.

Is it going to go away?

It certainly doesn’t look like it any time soon.

IR35 has existed since 2000, was brought into more effective use in the public sector in 2017 and is (in effect) just getting going in the private domain.

As with any major regulation change (such as the GDPR), the planning, work, and effort going into implementing the new system makes it highly unlikely that IR35 will simply ‘blow over’ and leave everything as it was before.

More realistically, IR35 marks a long-term change in the way the government and the tax authorities view and interpret contract work, which in turn calls for a meaningful response from the contractor community – whether agencies, employers or contractors themselves.

Does IR35 mean an end to contract recruitment as we know it?

No, almost certainly not.

But it does mean that professional contract recruiters should build compliant working practices supported by expert partners, or risk losing contracts, clients and market share as they’re outmanoeuvred by those who do.

How can recruiters prepare themselves for IR35?

The best steps recruiters and recruitment agencies can take to stay on top of IR35 is to ensure they work with partners and providers who truly understand the details of the legislation, how it applies and how it will affect recruiters.

Many recruiters are simply putting their fingers in their ears and hoping that IR35 fades away like a bad dream – in reality, it’s here to stay, and businesses need to take adequate professional measures to ensure they are protected from nasty surprises.

At Voyager Software, we have our Mid-Office software solution for recruitment firms who are struggling to comprehend the implication of IR35 and how to navigate the intricacies in their back-office work. Recruiters will find that Mid-Office:

After the recent election, the Conservative government announced a review of the changes to IR35. However, it has subsequently clarified that this review will not lead to a delay in, or any changes to, the IR35 legislation.

As a result, contractors and recruiters should assume that they will be affected by IR35 and prepare for it based on the longstanding deadline of April 6th, 2020.

How can we help?

Voyager Infinity and Voyager Mid-Office are software solutions that make Recruiter’s lives easier. Voyager Infinity is a CRM used be thousands of Recruiters globally to source, nurture and maintain the relationships of tomorrow placements, and Mid-Office manages the entire Pay and Bill process.